Time to boost your stand-up?

Is stand-up part of your daily routine? Then you, hopefully, know what a gold treasure that 15-minute-long meeting can be. But there is also a risk that you are one among many that is experiencing the opposite. That your stand-up feels far from the valuable meeting it is supposed to be. There is no shame in that. Even if stand-ups are simple in theory, they are difficult in practice. In this post I will share how I together with a former team of mine managed to break old habits and create stand-ups that boosted our collaboration and generated true value.

Stuck in the hamster wheel

The clock hits 9:15 AM and it is time for stand-up. With an easy-going atmosphere, we gather up in a circle. We start the round-table and team member after team member, me included, reports what we did yesterday. We stumble on our words and have difficulty recalling our whereabouts of the day before. We lose track of what is important and often end up in details that is only relevant or understood by a few of us. When we get to the question what will you do today a too common answer is “I don’t know yet”. Questions are extremely rare. We focus on what we will share when it is our turn or even what to buy for dinner rather than listening to our co-workers. When we do listen, we have trouble understanding how that information ties together with everything else. The last person is done, about 15 minutes have passed, we break up and with friendly chatter head back to our desks. Unfortunately, without any or very limited added value or better insight in what we as a team are doing.

Everyone in the team shared the view that our stand-ups were far from good. It was a frequent topic on our retrospectives and more than once we agreed on specific actions on how to improve them. We decided to keep them short and to the point. To focus more on the future and if we need help, rather than on the past. To spend a minute before the stand-up to prepare what we wanted to share and even to set an alarm on 60 seconds for each person. The impact of the actions where minimal and we were soon back to old habits. Until one day when a, for us, new idea was born. To stop the classic round-table format and instead focus solely on our sprint goals.

We named the format goal-oriented stand-up and started the experiment the following day. The structure was simple, we began with our highest prioritized sprint goal, let us call it goal A. Everyone that were involved in reaching the goal, which for us were developers, designers, testers and producer, jointly told the story of how we were doing. Where we were and what we needed to do next. If we had any roadblocks to overcome, open questions to find the answers to, if we felt that we were on track to reach the goal and all other information that was relevant to share.

We then moved on to the next goal on the list, goal B, and again, everyone involved contributed to paint the full picture of the progress. We continued like that down the list. The further into the sprint we came, and as goals were completed the fewer items we needed to talk about. After about 15 minutes we, just like before, went back to our desks but this time with an enormous amount of useful information and greater insight.

What we did was simple, but the effects were unmistakably game-changing for us. Suddenly team members started to talk to each other. The former report to scrum master feeling were gone. Instead we started to plan the day together, find solutions together and, reprioritized together. Collaboration was thriving. So was engagement. Most of us were involved in multiple goals and therefore actively participating more than once in the meeting, so there was little time to zoom out.

Even more importantly, the team members that were not directly involved in a specific goal could now understand what was happening and the challenges we were facing and could therefore offer to help or contribute by sharing ideas, experiences or just by asking questions.

Apart from the great benefits mentioned above this change also resulted in the following advantages:

As always, this is not a silver bullet solution. There never is one. This also does not mean that you cannot have great and valuable stand-ups with the standard format. But if you feel that your team is stuck and that you want to get more out of your stand-up, then I hope that this story can give you inspiration to try something new. Because for us, moving to goal oriented stand-up was a game-changer and it made us a much better team.

My issue with UI tests

So here's the thing: I have a problem with UI tests. (Kind of.) I’ve tried them, but did not particularly like them. Actually, I really don’t like that I don’t like them, since I think the problem they are aiming to solve is extremely important. Testing how your system acts as a whole, rather than just testing its parts in isolation, is a brilliant idea. The problem I have is that I find UI tests in their current shape to be badly cut out for solving such an important problem.

How To Get Recruited? Write For Seven-Year-Olds

In the last nine years, I've had the privilege and opportunity to handle a lot of CVs. (Just one of the perks of being a consultant manager.) 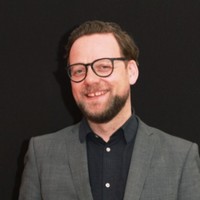